For generations, film and art have inspired the development of future technologies and policies. From the 1980s Matthew Broderick classic War Games to the sci-fi future of Gattica, what might seem like fiction today often becomes reality in the decades ahead.

Project Mars, a competition spearheaded by the SciArt Exchange and NASA, aims to stir such imagination, bringing together student artists and futurists to create visionary works depicting what our journey to and life on Mars might look like. The future of the aerospace industry depends on inspiration and innovation. Yesterday, the winners of this short film and poster competition were announced. The Aerospace Industries Association is thrilled to have helped promote and support this competition that we hope will inspire thousands of students to see themselves as part of our shared Martian future.

Whether on canvas, on screen, or in 3-D, art drives us to imagine worlds that have yet to exist and to believe that such monumental dreams can become reality. Many of the aerospace industry’s greatest accomplishments—whether it be the moon landing, supersonic aircraft, the space shuttle, or even GPS—all relied on ambition, audacity, and imagination.

But of course, inspiration alone cannot unlock the greatest secrets of the universe. That is why AIA is moving forward with ambitious plans to highlight the critically important role of ensuring the workforce of the future is exposed to STEM education, develop additional pathways into the industry, and ultimately expand and diversify our workforce. With inspiration and the right educational tools, today’s students will one day turn science fiction into science fact.

The Project Mars competition resulted in hundreds of incredible works of art, providing assurance that today’s young people still look to the stars as they imagine their own future. As the Presenting Sponsor of Project Mars, the Aerospace Industries Association couldn’t be more thrilled about the variety, quality, and creativity of the contest submissions, and we are so proud of the winning entries. In fact, we designated one film as the winner of our own “Inspiration Award,”92Mars by Ricardo Bernardini. We chose 92 Mars because it captured the essence of the fundamental human role in making interplanetary travel a reality. The full list of winners along with links to the films and posters can be found below: 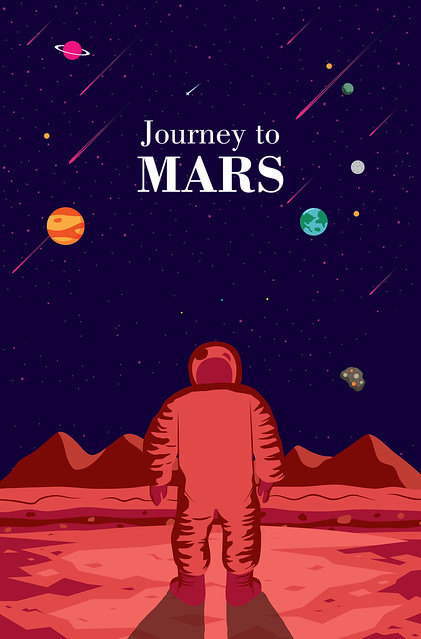 To see the winning short film in theaters, head to a Cinemark theatre near you. It will be shown after the previews during Damien Chazelle’s new film about the life of Neal Armstrong, First Man, which opens tonight.